After some relaxing days, we said goodbye to the official capital of Siberia and hello to the unofficial capital of East-Siberia to discover the magnificent area around Lake Baikal. This meant two nights on the ‘official’ Russaya (or Trans-Siberian train between Moscow and Vladivostok). We again shared our Kupe with a young friendly Russian couple, that apparently felt the need to take care of us by asking if we had eaten enough and by indicating at every stop exactly how long we would stop there so we certainly didn’t miss the train. Against our expectation time flew by in the day, but unfortunately, sleeping on a riding train is not too comfortable, which both left us rather tired and not entirely fit when arriving in Irkutsk.

Irkutsk is a major stop along the Trans-Siberian route because it is “close” to Lake Baikal (only 70 km). This “attraction” should not be the only reason (but clearly the main reason) to leave the train here. We arrived early at our hostel (Rolling Stones hostel) and found it to be very international. To be honest, after being the only tourists in our previous hostel, it was hard to be less international. A nice vibe was going on, with the possibility to socialize with fellow travelers. The moment I leave Suus alone for a moment, you can be sure that she is chatting to someone. This first conversation added some energy to our tired minds and inspired us to change our plans. We decided to cancel our tour at Lake Baikal, to just go out there and explore the lake on our own. Since the price of the tour was already bothering us from the moment we were looking at our budget in Russia, this would save us a lot of money and eased our minds. In our next post, we will tell you all about the trip we did make!

Irkutsk itself is again a whole lot closer to the East and this is noticeable by the amount of Chinese and Korean tourist that are dropped off at the main sights. We were told that more than 1 million of Chinese tourists visit Irkutsk every year and the numbers are increasing each year. We are not a big fan of tour busses so again put some more dust on those Nike’s. Similar to Yekaterinburg, Irkutsk has a green line painted on the pavement to indicate the main sights. We partly followed this route to look at the freshly painted churches and picturesque wooden houses. According to our Lonely Planet, Kvartal 13 was an area where the government tried to showcase this style of houses. Our inspection indicated that this was more kitsch than anything else. Even the locally brewed beer seemed rather bland and unoriginal. Outside the Kvartal 13 area however, there are many authentic wooden houses to be seen! The next days we took some time to relax and talk to several cool people. Especially Sven should be mentioned. This German fellow is traveling through Russia and Mongolia (for starters) on his motorbike, all by himself. He already had some pretty nice stories and I’m sure he will be adding a lot of them to it the next couple of months! Before we would be heading to Listvyanka and Lake Baikal, we made sure to have some great food in the big city. We took some time to sample nice Korean food at Kimchi and have delicious Pelmeni with all kind of stuffings at the Pelmeni Bar Krutoy Zames just around the corner of Rolling stone. We were also lucky to have a small Belgian(!) boulangerie on 200 meters, which served some excellent croissants and really nice bread. Excellent breakfast before our departure to Listvyanka!

After talking to a lot of people we know that we can consider us lucky that we have so much time to enjoy every place that we go. 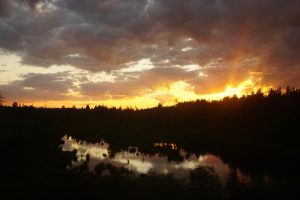 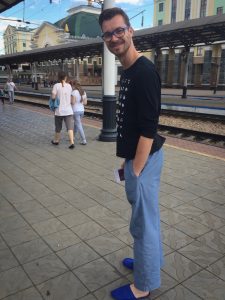 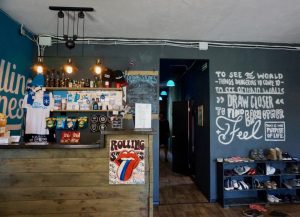 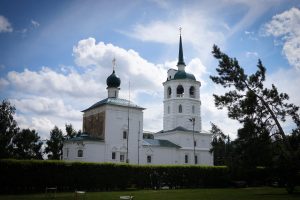 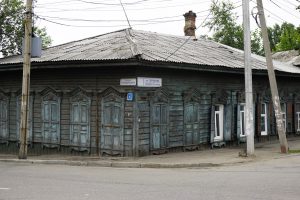 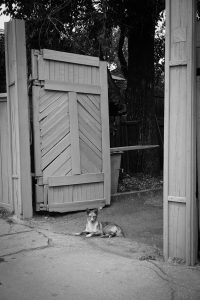 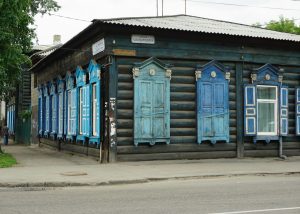 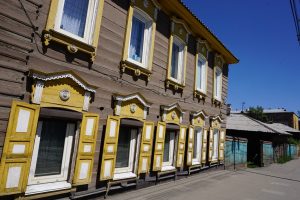 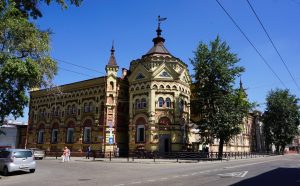 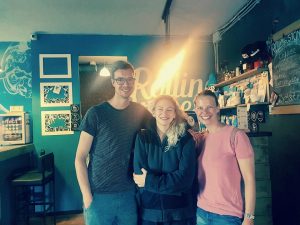 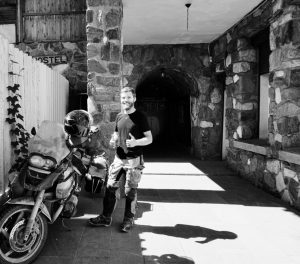 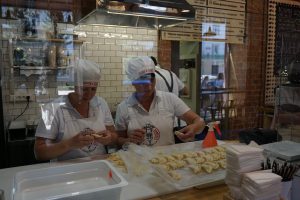 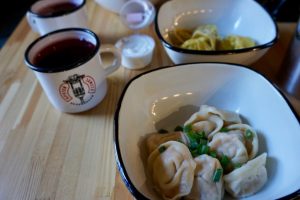 One Reply to “The East-Siberian Capital Irkutsk: a great hostel and lovely wooden houses”