After another night train, we arrived early in the capital of Siberia: Novosibirsk. This is the fifth largest city in Russia, but luckily for us, the city center can be navigated easily the way we like it best, on foot. We checked in at Juicy hostel, which apart from its English sounding name did not have any affinity to the English language. Everything had to be communicated in Russian (thanks to Google translate) and/or sign language.

We relaxed a little, checked our social media and set off to discover the city center. Immediately it was clear that we were getting farther from Moscow (and Europe). The vibe is more relaxed, traffic is getting a little more disorganized and there are more Asian faces on the streets. Our Lonely Planet indicated some highlights, which we fairly quickly had checked out. One of the nicest things to see were some 19th century wooden houses, which escaped demolition during the Soviet era, when (low quality) concrete was the fancy of the moment.

The Siberian weather favored us, because it was warm and the sun was shining. This urged us to do what we like to do best: look at the people passing by. The park in front of the big opera and ballet theater proved to be our favorite spot. This activity became thirst inducing and Trip advisor indicated that there were a couple of micro-breweries in the area, so we decided to check them out. Jonathan home-made beer and food was our choice for that day and it had everything we like. A choice of 6 home-made beers, a view of the kettles were the brewing takes place and a very cosy interior. We each tried one type of beer and it was really full of taste! Great place to go if you ever find yourself in Novosibirsk!

We had booked two nights in our hostel and only left in the evening/night to Irkutsk, so this left us with some more time on our hands to explore some nice bars and places to eat. We wanted to go and see the ballet or opera, but unfortunately the theatre was in between shows, so there was no play in the time we had left.  A shame, because the theatre is one of the biggest in Russia, even bigger than the famous Bolshoi theatre in Moscow.  So we decided to explore another bar, the Pivofactory in stead.The amount of nicely decorated bars and restaurants was already high in other cities, but Novosibirsk seemed to be the best of them all! If we wouldn’t have been on a strict budget, this would surely have become expensive, but we were able to restrain ourselves from indulging too much! 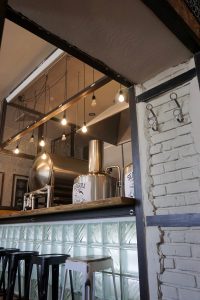 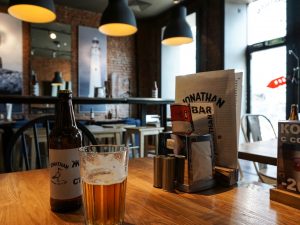 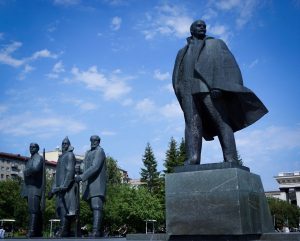 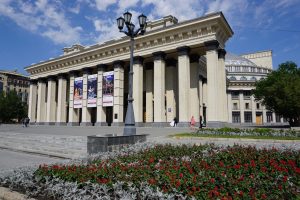 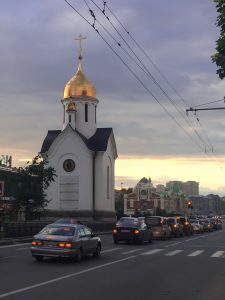 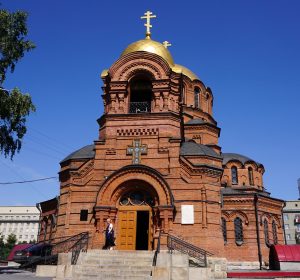 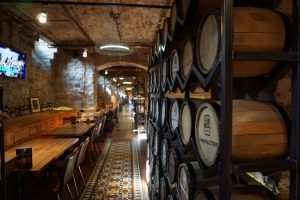 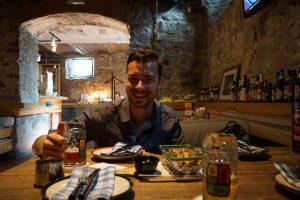 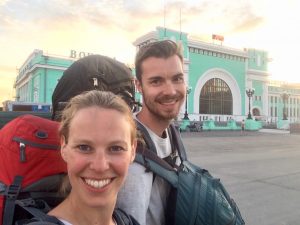