What do you do when one of your best friends is telling you that she is moving to another country for the next three years? Correct, you tell them that you will visit them no matter what! In the summer of 2015, we were having a BBQ at Vivien and Hilbert’s. We accidentally dropped the news about our traveling plans and at the same time they shared the news that they were going to emigrate. They were supposed to go to a country along our intended route. Perfect planning, promise was made. However, plans changed and at the beginning of February 2016 they moved to Ethiopia. Which was not in our planning! We adapted quite quickly and decided that it was the perfect excuse to travel to Ethiopia! We saw it as our pre-worldtrip trip! The 1st of December we left on a trip that would leave a deep impression!

After a couple of days at Viv and Hilbert’s in Addis, the four of us left on a four day adventure in the desert! Danakil is a remote region in the North of Ethiopia, 100 meter below sea level, close to the border with Eritrea. The region is inhabited by the Afar tribe and is known as one of the most inhospitable and hottest places on the planet. The average temperature of 25 degrees and the lack of rainfall have created a hostile environment. The Afar tribe still manages to create a living by mining salt at Lake Asale. The Danakil Depression is also the home of several natural wonders. The most famous are the Dallol Sulphur Springs and the active volcano Erta Ale. Think of amazing landscapes, extreme heat, camel caravans, boiling lava and sleeping under the stars! Danakil is everything they promise and more.

Lake Asale and Dallol are both located in the Danakil Depression. They form two out of the three must sees in Danakil. We stayed overnight in Hamed Ela, the basecamp for tourists visiting Danakil and a stop over for the salt caravans. After a 30 minute drive from Hamed Ela, we reached the edge of Lake Asale. The perfect place to watch the salt caravans on their way back home at sunset, or see the caravans arriving to the salt lake in the early morning. This was also our starting point for the trip to Dallol. Officially the hottest place on the planet. We visited Dallol around 7.30 in the morning and experienced temperatures of 36 degrees. (December is the coolest month, in July the temperatures hit 50 Degrees). The landscape of Dallol is so surreal. The play of volcanic activity, wind, water, salt and minerals has created a martial like environment. Salt formations in all kinds of colors create a jaw-dropping landscape, mother nature at her best.

After visiting Dallol, our expedition to Erta Ale started. Erta Ale is an active shield volcano. Its crater contains one of the few permanent lava lakes in the world. We first had a fantastic drive through the desert. I still thank our driver Salah, for NOT getting us stuck in the sand. The drive over the lava formations, was described as the worst road in the world and was truly an “African massage”. After a good dinner in the military camp, it was time for a three hour walk uphill in absolute darkness. We have never been happier with our torches. Once you reach the crater, you can witness the small eruptions in the lava lake in the distance. To get a better view, we took a sort of staircase down into the crater and hiked towards a small hill. Walking on black, four-day-old, crispy lava makes you feel humble and very much aware that smaller eruptions are still very common. (After we got home, there has even been a major eruption of Erta Ale!) After watching the magical lava lake for about an hour, we went back to our camp at the rim of the volcano, for another night under a sky full of stars.

After a long drive back to Mek’ele, we had a goodbye dinner with Viv and Hilbert. During dinner we could not stop talking about how special this whole experience had been. The salt caravans, the salt lake, the multi-colored salt formations in Dallol, Erta Ale and its lava lake and the breathtaking landscape left a deep impression. Koen and I are so grateful for experiencing this together with such good friends. For Viv and Hilbert unfortunately it was time to go back to work in Addis. For us, it was the start of our trip through the North of Ethiopia! You can read all about this amazing two weeks in our next blogpost! 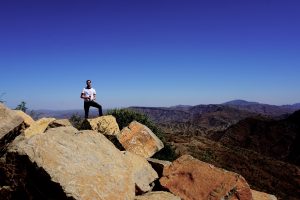 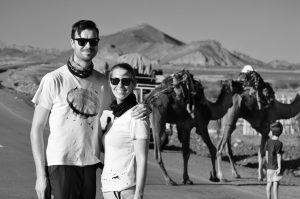 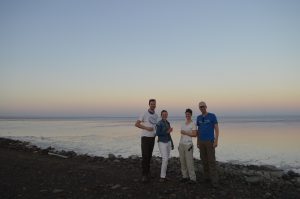 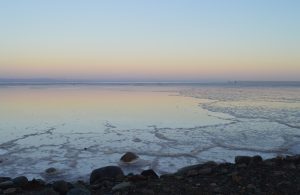 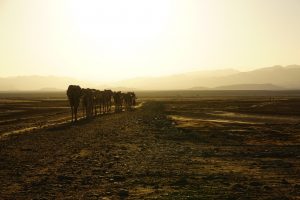 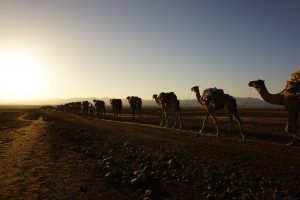 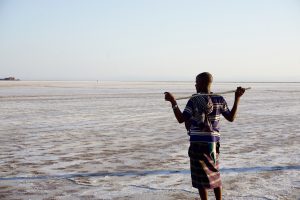 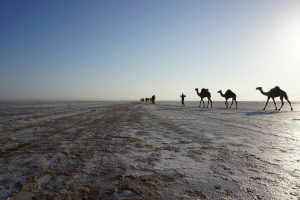 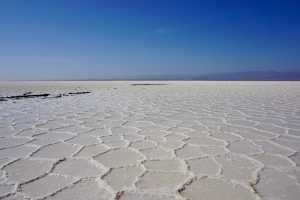 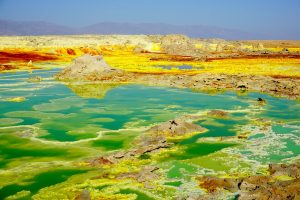 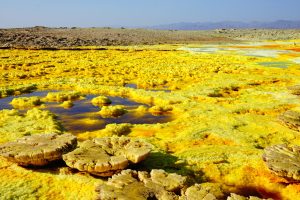 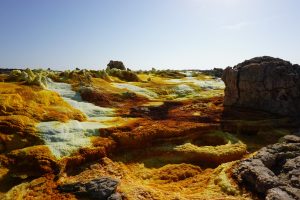 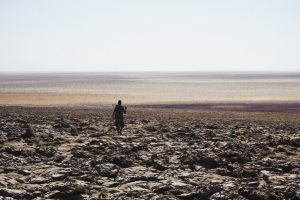 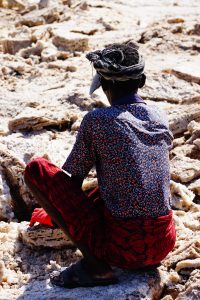 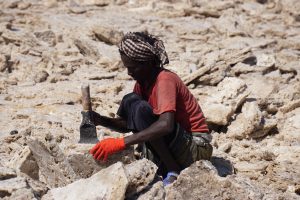 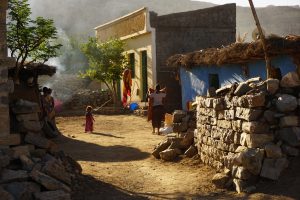 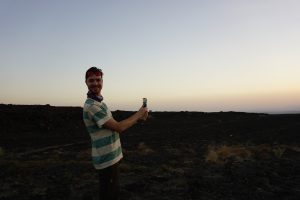 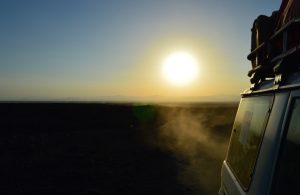 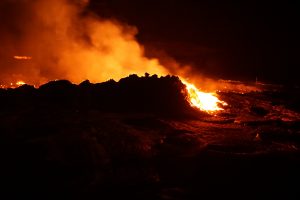 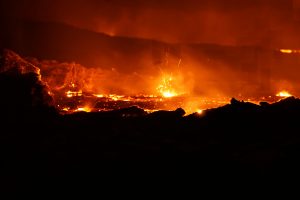 One Reply to “Ethiopia – Visiting the hottest place on the planet!”